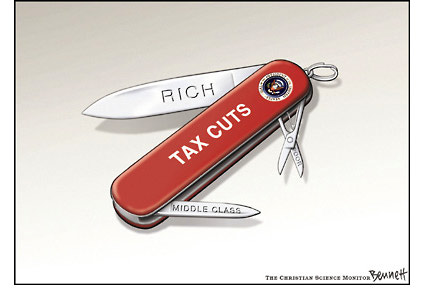 San Francisco (Obama.net)- After initially knocking down the agreed upon bill by President Barack Obama and Republicans in the United State Senate, the House of Representatives have come to terms on an agreement and passed the bill.

The passage of the extensions has been delayed for months as Republicans and Democrats would not back down on their positions in terms of who to extend the Bush era tax cuts to. In the end, President Obama made the decision to benefit the American people overall rather than to try to save nearly one trillion dollars at a time when spending seems to be the only option.

The House finally came to terms on a deal that approves of Obama’s $858 deal with the Senate. Very late on Thursday the vote came and saw the bill pass with a vote of 277 to 148. Reports indicate that the bill had strong bipartisan support in the House. The Senate passed the same version of the bill with a vote of 81 to 19.

Once President Obama signs the bill that will soon be placed on his desk, a two year extension of all tax cuts will commence, as well as a 13 month extension of unemployment benefits, a 12 month lowering of the payroll tax by 2 percent, a lowering of the estate tax, and a continuation of tax breaks for students and their families.

While many members of Congress are not happy with the bill as is and would love to continue the debate for the next few months until a better plan can be made up, there was a clear deadline of December 31st that had to be met before the tax cuts expired and millions of Americans would be left hanging.

Obama and other top Democrats still adamantly disapprove of the extension of tax cuts to the wealthiest Americans who make over $250,000 a year as it would end up costing the nation $700 billion to allow the extensions. Republicans argued that the extensions had to be made for all citizens as raising taxes on anyone during a recession was simply unjust in their views.

In the end, both sides had to make dramatic compromises in order to do the right things for American’s as a whole. With the cuts only being for the next 2 years, the upcoming Presidential election is now setting up to be the stage where the debate over the tax cuts will take center stage.