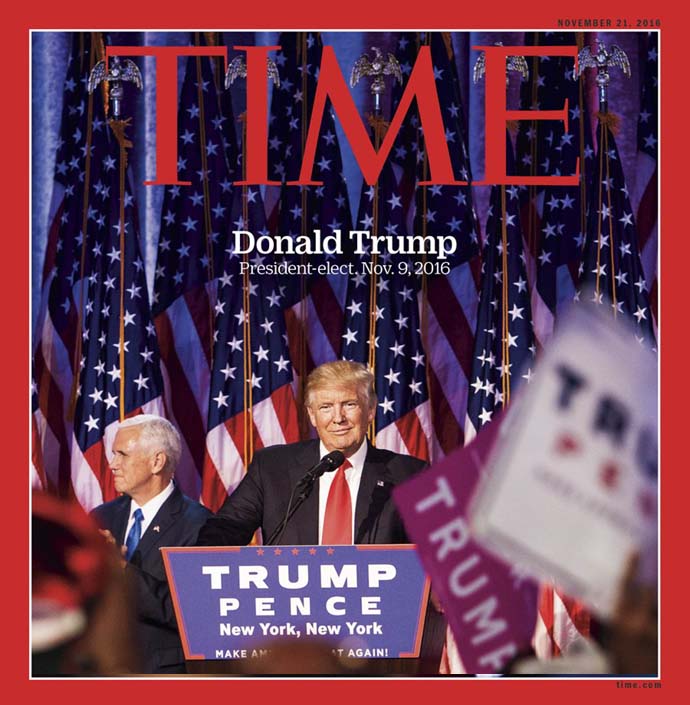 In  a truly shocking result yesterday, America has voted Donald Trump as the next President by a large margin. The overwhelming majority of polls predicted a clear Clinton victory but as it turned out, Trump dominated last night.

It looks like Trump will finish with close to 310 electoral college votes.

We cannot reiterate enough how large of a victory this is given how much people thought Trump had no chance to win.

The only polls that accurately predicted a Trump victory were the USC / LA Times Poll and Investors Business Daily. The LA Times / USC poll was run by USC economist and public opinion expert, Arie Kapteyn. He deserves credit for correctly predicting public sentiment.

Last night’s result tells us that the pain American’s feel is very real. The dissatisfaction with the current government, direction of the country and Congress runs very deep.

Congress is viewed as a political machine that acts as a cog in politics and gets nothing done. During the Obama administration this was largely true.

Trump’s rhetoric of DRAIN THE SWAMP resonated with the people.

Those who voted for Trump were tired of the government getting bigger and bigger; and TELLING Americans what they can and cannot do.

Obamacare is one example but there are many more.

People have long felt that the Government is not good at efficiently allocating our hard earned tax dollars. We have been moving toward a more socialist society with more and more feelings of entitlement and handouts.

The people said NO MORE to this direction last night.

It was LOUD and CLEAR.

Trump’s path to victory came through the important states of Michigan, Wisconsin, Ohio, and Florida. Previously, Barack Obama won these states easily and Clinton was projected to easily take them. She did not spend much time in the first three states and did not make one visit to Wisconsin. It could be said she took that state for granted.

Trump predicted early and often that he would get the votes of the Rust Belt as well as Florida but few believed him.

In the end, Donald Trump pulled off the greatest election feat in modern times and we must give him credit for running a tireless, dedicated and long campaign.