Casey Anthony lost an appeal in court Tuesday in which her lawyers claimed Anthony had already served a year of probation for a January 2010 sentence for check fraud charges while awaiting trial for the murder of her daughter, Caylee Anthony.  The Department of Corrections’ records show that Anthony was serving her probation while incarcerated,  which would be a violation of the double jeopardy clause, her lawyers claimed.

Judge Stan Strickland, of Florida’s Fifth District Court of Appeals, ruled that the intent of her sentence for check fraud charges in January 2010, was that her probation be served outside of prison, no matter what clerical errors may have occurred.

For those unfamiliar with Casey Anthony, the young mother was accused of murdering her own 2 year old daughter in 2008. Anthony was living with her Mother at the time, who reported the child missing after not seeing Caylee for weeks and Casey returning home from a trip and claiming to have no knowledge of her daughter’s whereabouts. Caylee’s remains were found near the family’s home and Casey Anthony was arrested for murder.

Casey Anthony was found Not Guilty and released in July 2011.

Though Casey Anthony was acquitted of murder, she still faces a year of probation for check fraud charges and is expected to return to court on Thursday to argue against a request from the prosecution that she pay 500,000 dollars to the State of Florida to offset the costs of the investigation into her daughter’s death.

Since Anthony’s release she has been in hiding with many wondering where she is. This probation ruling will force her to remain in Florida. 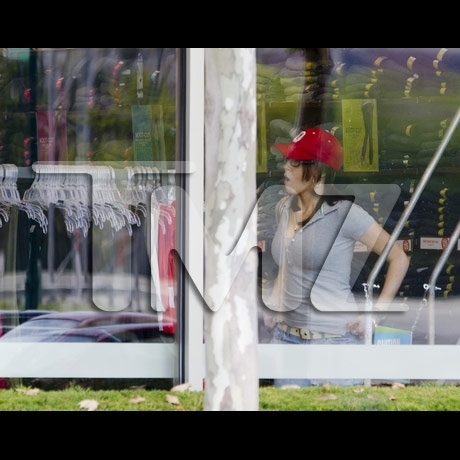