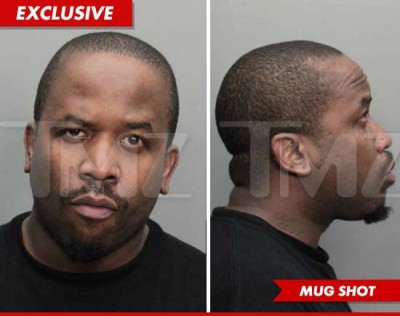 36 year old, Grammy award winning, Antwan “Big Boi” Patton was exiting a cruise line at the Port of Miami when he was arrested for drug possession around 1:30pm. He has just come back from his vacation between Puerto Rico and the Grand Turk Island when a U.S. Customs and Border Protection dog that had been trained to sniff for drugs discovered the substances on Big Boi. Ecstasy pills and MDMA powder as well as Viagra pills was found on him. Later it was determined that Big Boi had no prescriptions for the Viagra.

According to Miami-Dade County Corrections Department, Antwan was help on a $16,000 bond on Sunday the 7th on one count of possession of drug paraphernalia and three counts of controlled substance.

Big Boi is known as half of the hip-hop duo OutKast, with rapper Andre 3000 by his side. The duo has won six Grammy awards together and Big Boi went solo and debuted his first album, Sir Lucious Left Foot, last summer.

What an embarrassing situation for Big Boi. One can only wonder what he was doing with this combination of drugs.