There are a number of dramatic reforms in Obama’s Health Care Plan, with proponents and opponents on each side.

For Americans who already have health insurance, the Obama plan offers security and stability.  Your insurer cannot refuse coverage for a pre-existing condition.  For example, they cannot refuse necessary back surgery after an accident at age fifty just because your medical records show a back injury when you were twenty. Insurers are also prohibited from dropping coverage when you are sick and need it most, such as has been reported by some cancer and AIDS victims.  The plan puts a cap on out-of-pocket expenses, so a health emergency doesn’t leave you destitute.  And the plan eliminates extra charges for preventive care.  Finally, it protects Medicare coverage for senior citizens and disabled, and eliminates the “donut hole” in Medicare prescription coverage.

For uninsured Americans, the plan creates a new insurance Exchange to provide insurance to consumers and small businesses.  The plan provides tax credits to help people afford insurance.  The plan also offers expanded options in public health insurance, and offers options for low-cost coverage for those with preexisting conditions.

Four important facets of the program address many concerns.  The plan is to be paid for upfront without increasing the federal deficit.  An independent commission of doctors and healthcare professionals will be created to help identify and eliminate fraud, waste and abuse.  The issue of medical malpractice reform will be addressed in order to allow doctors to better focus on patient care.  Finally, the Obama plan requires large employers to provide their employees with health insurance coverage. 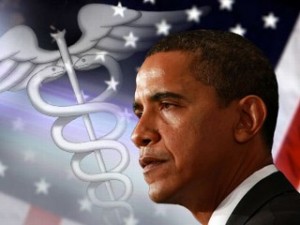 The one thing everyone agrees on is that the current state of health care in America is a travesty.  According to the World Health Organization (WHO) the U.S. has the most expensive health care in the world, but ranks 37th in care performance, and 72nd in overall health.

The greatest advantage of the Obama plan is that virtually everyone would have some form of health coverage.  The plan may also slow rising health care costs.

The single biggest argument against the Obama plan is cost. Finally, government involvement in healthcare may add another layer of inefficient bureaucracy to an already flawed system.

There are the sad stories. Individuals who have to choose between food and prescriptions.  Children who desperately need treatments their parents can’t afford. Elderly or disabled who lose their entire life savings to a medical emergency.

The Obama Healthcare Plan attempts to solve multiple problems with a single multifaceted approach.  It will undoubtedly require some adjustments after implementation in order to reach all its objectives.