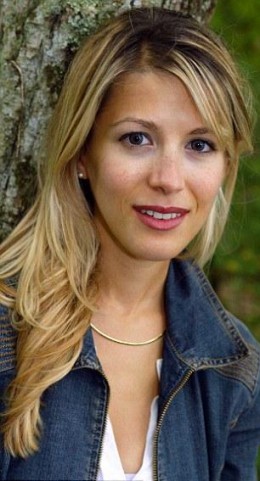 Dominique Strauss-Kahn has not had the best of luck as of the last few months. Strauss-Kahn has went from being one of the most respected men in the world as the leader of the International Monetary Fund to being an inmate in the state of New York.

Strauss-Kahn first faced charges of attempting to rape a maid in the hotel he was staying in a few months ago in May in New York City. This past week, rumors have began to swirl that Strauss-Kahn was honest when he proclaimed his innocence as many are now doubting the claims of the maid accusing the former head of the IMF of sexual assault.

But now, just days after having total freedom in sight, Strauss-Kahn is about to potentially face new charges of rape.

Tristane Banon, a 32-year-old French journalist, has come out and claimed that Strauss-Kahn sexually assaulted her in 2003. According to Banon’s attorney, David Koubbi, charges will be filed Tuesday morning. Then the official complaints will be evaluated to assess whether or not there is sufficient evidence to press charges against Strauss-Kahn.

According to Banon’s mother, in 2003, Strauss-Kahn was interviewed by Banon, but then asked for a second interview due to displeasure with the initial meeting. He allegedly then locked her in a room with him and grabbed her and took her to the floor violently. Banon fought off her attacker to get out of the room and then locked herself in her car and waited for her mother to arrive.

French politician Anne Mansouret is the mother of Tristane Banon. In 2003 when the alleged sexual assault occurred, Mansouret told her daughter not to go public with her accusations as it would jeopardize her writing career and would change the way people see her work.

After Strauss-Kahn was first accused in the United States in May, Banon spoke with her attorney and they decided that it was time to go public. Koubbi has said that he has no interest in combining Banon’s case with the case in New York and is not looking to work with New York prosecutors to get a joint conviction as the two cases are completely separate instances.

Strauss-Kahn and his legal team have filed a counter lawsuit. Their lawsuit claims that Banon’s claims are full of “false declarations” and that they are nothing more than an attack on the French politician and former IMF leader.